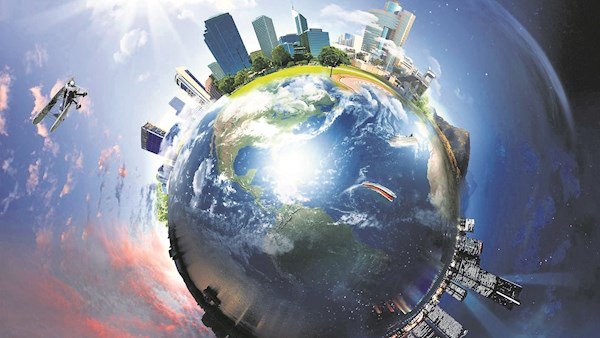 Power shifts in the age of influence

Brexit and the US election are just the latest demonstrations of a seismic power shift, as control drains away from top-down organizations towards collaborative networks of like-minded individuals. Organizations accustomed to power are wondering what it means for them when control is ceded so dramatically to the people. But the first signs are emerging of a way forward, showing how businesses can work in — and manage the risks of — this new age of influence.

I’ve spent my career seeking out disruption. It is, after all, the most fertile ground for innovation. But like many who’d seen the media’s strong and sustained skepticism about a Trump victory in the US elections, I was as surprised as anyone by the outcome. That’s what disruption does – it doesn’t announce itself, it just shows up.
The US election result, as pundits have stressed since it rocked the world, isn’t an isolated incident, but chimes with a populist disaffection demonstrated in everything from Brexit to ISIS. Looking at a variety of signals from multiple places in the world, we see an unprecedented, audacious series of disruptive challenges to power itself: how it’s created, how it’s used and potentially also misused.

Technology – as has always been the case – has become one of the leading architects of these changes. Social media was a prime driver in securing Trump’s nomination as well as his victory, against the publicly stated will of the most powerful figures in his party. The ways in which his campaign leveraged social media, bypassing the party machine to go direct to voters, cannot be ignored and won’t be forgotten.

Crucially, there’s a lesson there for large organizations of all kinds. If the world’s richest and most entrenched political organizations are vulnerable to the populist power shift, what else is up for grabs now? How far does disintermediation go, and how far-reaching is its capacity to change the world?

Disruption has always been one of technology’s special talents, yet it’s also something that established enterprises can’t seem to anticipate.

From the advent of telecoms competition 30 years ago – when the first incumbent telcos didn’t recognize copper was dead and fiber was the future — behemoths have had a strange blind spot about disruption, either ignoring it or discounting it until it’s on top of them. It’d be a lot smarter to look for disruption and run to meet it while it’s still a dot on the horizon.

Technology-fuelled disruption is everywhere, and, like social-media-driven US politics, it should be sending off warning flares to big business, because it’s demonstrating how starkly the center of gravity is moving to the masses.

Take the topsy-turvy change in financial services in Africa. Over the last several years, the cell phone has almost entirely circumvented the traditional bank as the preferred mode of payment and cash transfer. For users this has been one of the most liberating developments in the past decade, yet no government anticipated it, and the implications for traditional financial services institutions have been tremendous.

What this means for other incumbents with deep roots in the developing world is clear: they are equally vulnerable to power shifts away from their central control to a far more decentralized, populist model.

Across sectors, there exist industries so accustomed to being in control, they forget what it’s like not to be in the driver’s seat: entertainment; broadcasting; transportation. Organizations in these sectors may have no memory of how it feels not to have their hands on the levers that move the world.

Archimedes said, “Give me a place to stand and with a lever I will move the earth.” Consider for a moment what those traditional levers of power were: control of the means of production, distribution, publication, transportation. Controlling these gave an organization not just power, but also the undisputed ability to command public attention.

THE AGE OF INFLUENCE

Trump’s reign in power isn’t the first demonstration of this. Consider the late Shimon Peres: speaking a couple of years ago, he commented that he wielded more power after he was Prime Minister than during his time in office. Though Peres no longer controlled the apparatus of government, he was well connected, and used only the power of persuasion to ask others to volunteer to help him.

An influencer who can convince millions of people to take action can shape policy, alter a country’s political future, and agitate for change against the will of government officials. Witness the ongoing lobbying power of companies like Airbnb: it continues to leverage its mass user base to pressure city officials wanting to impose caps on the number of rental days that can be made available on the platform.

This kind of influence is global, massively distributed and rapidly deployable: a potentially frightening prospect, especially because influence itself can be an illusion.

In the social media age, “influencers” may in fact be nobodies who’ve cultivated an alluring message and a strong grasp of how the technological indicators of influence can be faked. A trending hashtag on Twitter — or a million-subscriber YouTube following — might be no more than a massively coordinated technology bubble.

And what of companies who attempt to coopt the new influencers of the social media age, for sponsorship and promotion? Social media celebrity endorsements are a questionable effort by industry to harness influence. The number of YouTube stars with book deals and brand sponsorships continues to grow, and it says something about big business’s realization that influence is everything. But what if those celebs’ influence turns out to be an illusion, or the people themselves turn out to be something very different from what they seemed?

The idea among big business that influence can be monetized is understandable as a theory. The execution, however, is not entirely risk-managed.

Maybe the trouble is this top-down approach: old companies with old power structures seeking to use influence and leverage the crowd, rather than empowering it.

A seminal article on this idea of the power shift in the Harvard Business Review closed by speaking about empowerment:

Those capable of channeling the power of the crowd must turn their energies to…redesigning society’s systems and structures to meaningfully include and empower more people. The greatest test for the conductors of new power will be their willingness to engage with the challenges of the least powerful.

I believe it’s incumbent on individual corporations to seek out ways to deliver that empowerment. This need not be charity.
Maybe that’s what business looks like in the age of influence: new, win-win paradigms that recognize the emergence of populist power, and that find ways to deliver benefit and reward to the crowd in return for their collective action.

Power is shifting. The organizations who can adjust, who can rebalance and find their sea legs while also managing risk, are the ones who will weather this change.

Those who underestimate the storminess of the waters that now surround us may not be so lucky. 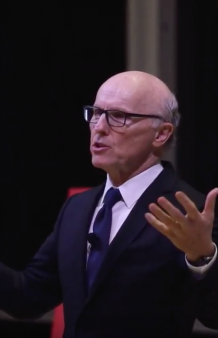 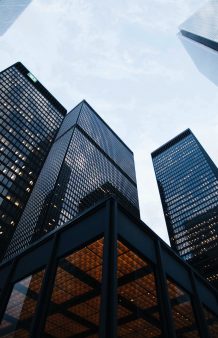